Jane Hickie has always found herself drawn towards helping others and local communities. It’s been good preparation for the challenges she faces in her new role at AELP. 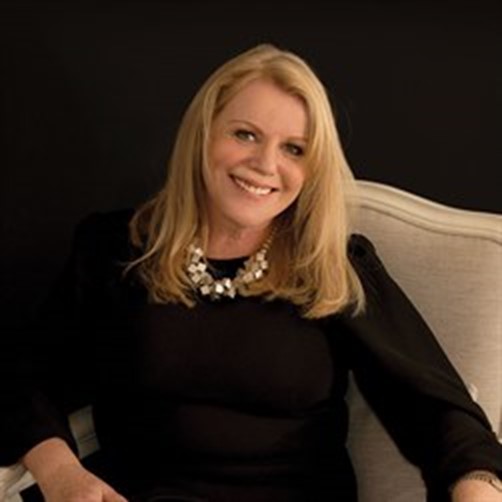 The midst of a global pandemic may not be the ideal point at which to take over as managing director of an organisation, but that was what Jane Hickie found herself doing at the Association of Employment and Learning Providers (AELP) after the departure of former chief executive Mark Dawe over the summer.

Having been with the organisation since 2017 as chief operating officer, Hickie was well placed to step into the post. “Mine wasn’t a typical chief operating officer role anyway, because I would expect that to be office-based and very focused on the operations,” she says. “Mine was 50 per cent operations and 50 per cent external, and that’s the kind of role that suits me best. I’m not the type of person to sit at a desk; I like the engagement, partnership-building and building relationships with people. That was partly what drew me to the job in the first place.”

Covid-19, though, meant there were a number of initial priorities. “The key focus for me was to continue to provide a service to our members, and to continue in the same way as before the pandemic,” she says. “We had to shift everything online very quickly, and I’ve been amazed at how quickly we have adjusted to that.”

She is particularly proud that the organisation has been able to retain all its staff, and even believes moving online has had some benefits. “It’s meant we have worked much more closely as a team, because we had to,” she says. It also hosted a business recovery conference online, which Hickie says worked well, although she’s hopeful that the national conference next June can be a more traditional event.

The second priority was more external. “We are the voice of the provider, and, for me, that also means the voice of the young person. If our members who are delivering apprenticeships are not able to do that, the younger person will also suffer, because they won’t be able to continue with their training,” she says. “During this time, we need to be investing in skills, so it’s a pretty high priority for us to make sure we’re looking out for that.”
Raising issues

One immediate battle is functional skills assessments. “We have thousands of apprentices due or overdue to sit their assessments, but they can’t,” she says. “We think about 75 per cent of apprentices and adult learners are going to be affected by the decision to end centre-assessed grades on 1 August. We’re looking at potentially 45,000 apprentices and 5,000 adult education learners being unable to progress. We don’t want to see that number of people coming into the market with no qualifications and potentially being unemployed.”

In the longer term, apprentices, traineeships and adult education in general will play a pivotal role in the UK’s post-Covid landscape, she believes. “We have had an investment of £111 million into traineeships through the Plan for Jobs scheme, which was fantastic, and really welcomed by our members. Traineeships are a perfect fit for lots of young people,” she says. “But we’re asking that the Government commits to a long-term sustainable funding programme.” AELP also believes wages of young apprentices need to be subsidised by at least 50 per cent to persuade employers to engage.

It is also calling for a separate budget – in the region of £1.5 billion – to enable more small firms, which currently cannot access the apprenticeship levy, to take on apprentices. “SMEs have traditionally provided a high percentage of apprenticeships, and we need engagement from them,” says Hickie. “If you’re trying to cover the whole of the apprenticeship system, then you need to have SMEs in there as well. That’s a big area for improvement.”

Greater clarity is also needed around adult education. “We have the adult education budget, the National Skills Fund, the UK Shared Prosperity Fund, the National Retraining Scheme and Advanced Learner Loans, but that potentially can cause quite a lot of confusion,” she says. “We want to pull those budgets together and integrate them into one pot to simplify the process for learners and employers.” She’s also keen to ensure that new initiatives developed to help address the pandemic are delivered within existing measures rather than adding yet more schemes to the mix.
Common threads

Hickie admits she has never planned her career out, but there are some common themes in the roles she has had that led up to her current position. “I’ve always been drawn to things that offer opportunities,” she says. “If you look at my career, it’s about young people and community. That’s what gets me up in the morning.”

After graduating from University College Cork in Ireland with a psychology degree, her early career saw her set up a youth training scheme in London, which led to a role with Southwark Council designed to help young people – particularly minority ethnic groups – in Peckham gain jobs in the City of London. She would go on to work for West London Leadership, seeking to get business leaders more involved in their local communities, and as head of regeneration for Genesis Housing Association.

But it was setting up a Groundwork Trust in Bristol, which would eventually cover the whole of the South West, that gave her exposure to apprenticeships. “We got quite involved in the Future Jobs Fund at Groundwork, and I ran one of its programmes in Bristol,” she says. “I was working directly with apprentices, so it gave me quite an insight into the kind of challenges that are faced by providers.

“A lot of our members will be dealing with young people who are in the harder-to-reach category, and, when I was running that programme, I had a co-ordinator who would have to take his van around every morning and pick them up. That’s where it starts; motivating the apprentices to engage with the programme.”

Despite the current challenges, Hickie remains passionate about working in a sector where she has the ability to help shape someone’s future. “I would say this is the best job I’ve had,” she says. “But what makes me most proud is when I can see an actual change that makes a real difference to someone’s life. Our Future Jobs programme at Groundwork was really successful, and 70 per cent of the team went on to secure a job with the organisation that was training them. I was quite pleased with that, because it was a very challenging group of young people.”

For now, she’s keen to make her mark on both AELP and the further education landscape. “I’d like to have the Government and ministers recognise the importance of the work we do,” she says. “Beyond that, I’m only a few weeks into the job, so I’m still trying to get my head around it. Ask me again in six months!”
Vital info

Nick Martindale is editor of inTuition.

Other resources on Professional development 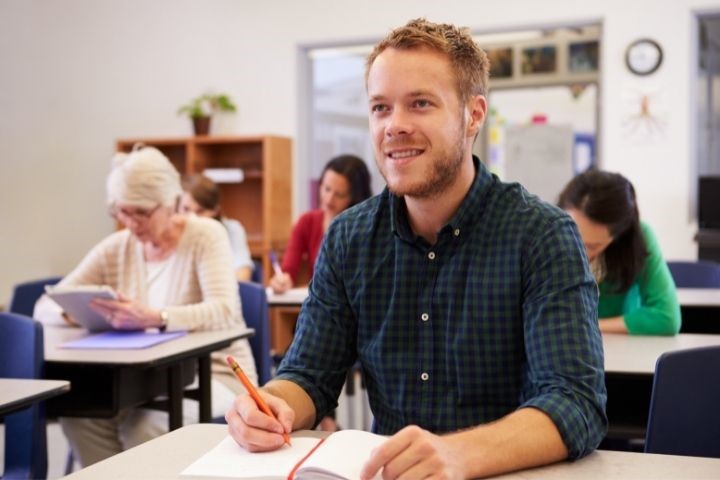 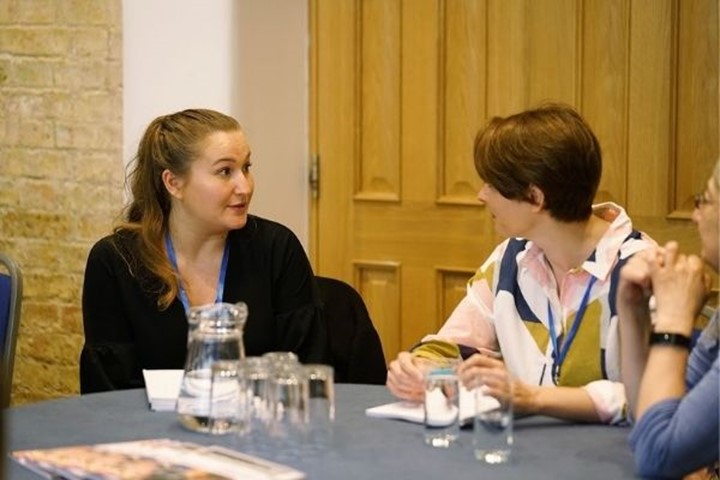 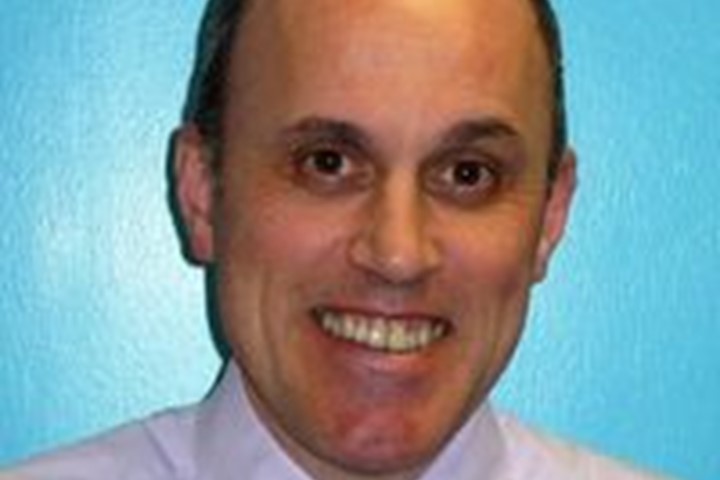 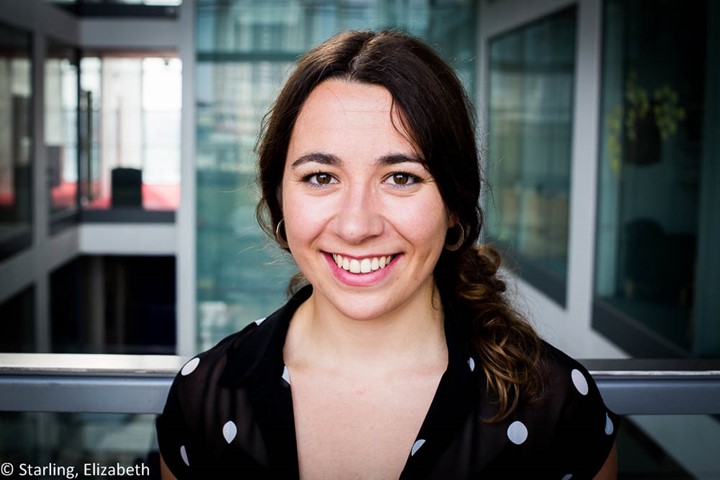