Individual Learning Plans (ILPs) have suffered from a really bad rep’ and with good reason. Never particularly loved, rather than aiding learning, they are often seen as an administrative burden placed on teachers, many of whom work part time or on an hourly basis and don’t have the time to complete them in a meaningful way, writes Marcin Lewandowski, Head of Learning at Acton West London.

Far from simply recording student progress, ILPs can be confusing and cause both students and tutors stress. Furthermore ILPs are not seen as part of the ‘real’ work of literacy teaching and learning and are sometimes felt to detract from it (Hamilton, 2009).

In effect, they have become a box ticking task that has to be done in order to comply with funding requirements. This can mean that the ‘negotiated’ goals are often generic, taken from a list created to save time. They become meaningless as learners are asked to agree with them by signing the document without fully understanding the significance of the document.

Rarely are learners allowed to retain the document, either. The ILP has become a commodity inseparably linked to the funders’ list of outputs and outcomes, each with an assigned price. Such is the monetary value of this humble document that many organisations dare not let learners keep a copy for fear of the document becoming misplaced or lost. Instead, it is safely filed away along with other ‘precious’ documents.

However, strip them down and the goal setting methodology underpinning ILPs is sound and backed up by years of research. Done right, setting goals can also help learners become more independent and encourage them to spend more time practising their language skills through self-directed study.

In the classes I teach I’ve decided to do away with ILPs. Instead I’ve started asking learners to discuss and write down three things they would like to be able to do better at the end of the course. Because these are ESOL classes, learners have a choice of recording these goals in English or their own language. This allows them to fully express their learning wishes and makes them more meaningful.

These three goals are deliberately long-term; they’re supposed to help learners keep their eyes on the prize - a reminder of why they’re there. Alan McLean, author of ‘The Motivated School’ (2003), argues that “the brain motivates us by carrying an image of where we want to go and how we will feel when we get there. Setting a goal, he continues, demonstrates an intention to achieve and triggers learning. (...) It offers an opportunity to experience success”.

If in order to set a goal you have to consider your future self, and the goals my learners set at the start of their learning should, in theory, motivate them by forcing them to do just that. However, a lot can happen in 12 weeks. As adults we have commitments and responsibilities which often take precedence over other things that may go on in our lives, including learning, and it’s easy to forget or lose track of our learning goals let alone remember to work towards them.

One step at a time: the process

This is why in addition to course goals, we also set weekly goals. They are the smaller steps leading towards the bigger goals. The intention is for participants to set and schedule three objectives each week over and above their coursework that would relate to and bring them closer to achieving their course goals and to allow them to practise English in a meaningful and relevant way.

Gabriele Oettingen (2014), who has studied the reasons why we often fail to achieve our goals, argues that setting future goals where we create a positive image of ourselves achieving these goals (for example, getting a good job, losing weight, or in my case, learning to drive) may, in fact, backfire by tricking the brain into believing that we’ve already achieved that goal. She suggests that in addition to setting a goal and creating that positive image, we should also anticipate obstacles and plan for overcoming them.

The ‘scheduling’ of goals, therefore, is an important part of the process as it forces learners to identify a suitable time in their daily schedules and to consider things that may get in the way of completing goal related tasks. Learners are also encouraged to pick times in their schedules that can recur with a view to establish a learning routine. The less they have to think about the ‘what’ and the ‘when’, the more likely they are to engage in the set activities.

The goals are recorded in a simple booklet with pages for each week of the course (although, learners could, in theory, use a plain notebook or a diary but I felt having a booklet makes it a bit more structured and less ambiguous). The booklet is retained by the learners for the duration of the course, which allows them to review or update their goals as and when they wish. Having a record of all goals (course and weekly), not only allows learners to track progress, but it can also be very rewarding for them to see the distance travelled when they review these goals at the end of their course.

At the beginning of the first lesson of each week, learners spend about 20 minutes sharing progress, reviewing and setting their goals. This is a social activity during which learners pick up tips and ideas from each other and celebrate any successes they’ve had completing their weekly goals.

They should also know when they’ve completed their goals. For example, typical three goals could be:

1. I will read an article on the BBC news website

3. Discuss the article with a friend using the new words.

Naturally, as mentioned above, learners have to schedule these activities bearing in mind that vocabulary learning requires repeated revision. This, too, is discussed in the first few sessions.

The feedback I've gathered so far indicates that setting goals is beneficial in a number of ways. For example, in the classes where learners were asked to write their goals, they reported an increase in the amount of time they spent practising their language skills outside of the classroom. Writing down goals gave them a focus and served as a reminder to practise.

Goals were motivating and encouraged self-discipline:

Writing weekly goals allowed them to manage their time better in order to ‘fit in’ language practice:

Goals motivated participants to study more by directing their effort and focus:

They enabled learners to take responsibility for their own learning and think creatively about identifying opportunities to practise English in their own environment (for example, in the community or at home).

Thinking about goals on a weekly basis also encouraged self-reflection and evaluation of learners’ own strengths and weaknesses, as exemplified in the words of another student:

For some learners, writing personal goals meant they achieved things they had never thought possible. For them, articulating written goals was a genuinely emancipatory experience.

Thinking about goals allowed them to focus on things that are important, personal and meaningful: the act of writing them down meant that they committed to acting upon them. Many of the things mentioned above such as engaging in an unassisted official conversation on the phone in English or visiting a GP without the need for an interpreter were, in fact, written as personal goals.

I’m conscious that this method may not work for everyone - after all, it does take a chunk of the lesson. However, I feel that setting goals is a skill that can benefit learners in the short and the long run and as such it’s worth developing.

Marcin Lewandowski is Head of Learning at Action West London and a Fellow of Society for Education and Training. He has previously conducted and published research into online course delivery and was one of the winners of Cambridge University Press Teacher Research Programme. Marcin is currently pursuing an MPhil at Sunderland University as part of the ETF Research Development Fellowship (RDF) Programme. His research looks at the Individual Learning Plan (ILP) and the goals setting methodology underlying this document and seeks to establish if it can be re-engineered and ‘de-institutionalised’ to foster learner autonomy and promote out-of-classroom learning. 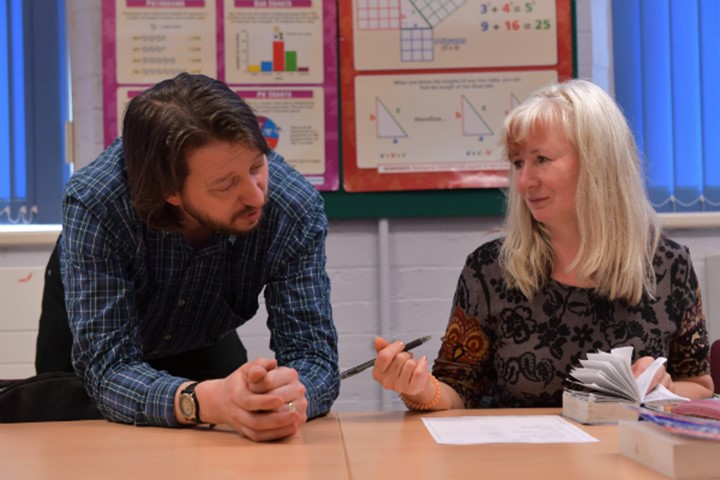 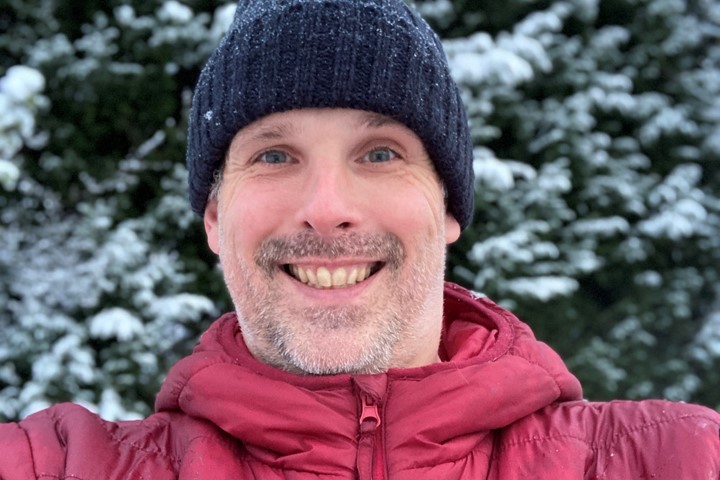 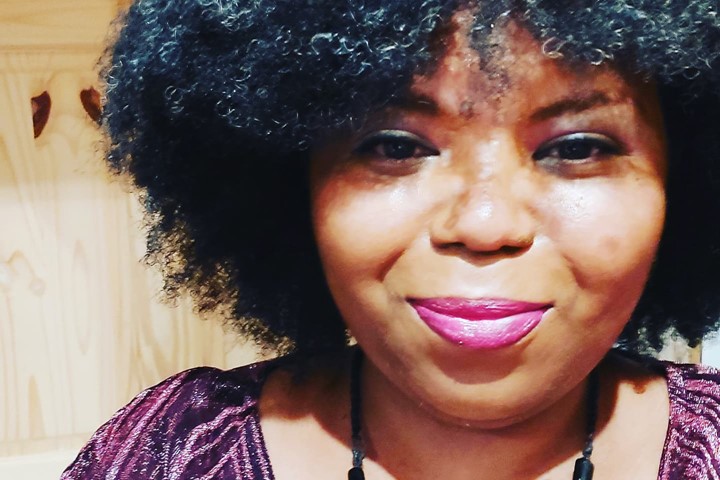 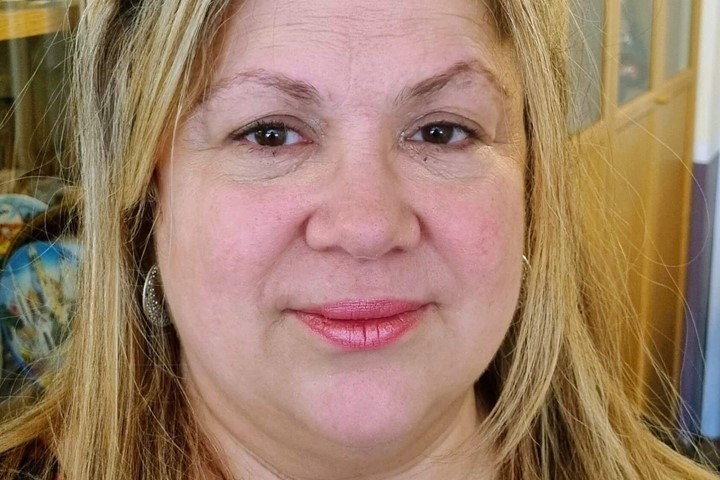